The Conservatory's staff of trained dance and performing arts professionals truly cares about every student, and makes sure each student is properly placed and is reaching their full potential.

Take a few minutes to get acquainted with our wonderful faculty: 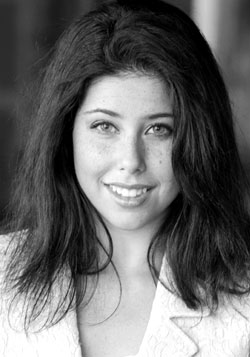 Erika is the Owner and Artistic Director of The Conservatory School for the Performing Arts, located in Stoughton Massachusetts. Established in 2014, Miss Frank built her business from scratch and grew it into a nationally recognized performing arts center. Erika was named one of the South Shore's Stars Top 40 Under 40 for her excellence in leadership, community development, and entrepreneurial skills. Her Pre-Professional Dance and Musical Theatre students have booked professional jobs on Broadway, Film, Television, and Commercials. In just 8 years of owning her school she has successfully placed students with top talent agencies and managers such as; CTG, DDO, Carson Adler, and KTM. Most recently her pre-professional musical theatre student, originated the role of Young Anna in FROZEN’s first National Broadway Tour. Miss Frank has a 100% college placement rate, where all of her alumni have been accepted into top dance and musical theatre college programs on scholarships, and have made names for themselves as performers, choreographers, and teachers in the dance community.

A native of Stoughton, MA Miss Frank started her dance career at the age of eleven dancing in The Ballet Theatre of Boston’s production of The Nutcracker. Miss Frank has worked on major motion films and on television including, The Teen Nick Halo Award Show, Taking Woodstock, Going the Distance, and The Forger starring John Travolta. Erika is a graduate of Dean College with a Bachelor of Arts degree in Dance, and is also a graduate of the Dance Teachers Club of Boston’s Teachers Training Program. She is a degreed active member in good standing with Dance Masters of America (certified to teach ballet, modern, jazz and tap), and is a professional member of the National Dance Educators Organization. Erika has worked as a judge and master class teacher for the On Point National Dance Competition where she adjudicates performers in all dance genres/levels, and has taught musical theatre convention classes for competitive dancers.

Miss Frank has over a decade of teaching experience working with children in diverse ages, levels, and genres. Her choreography has won numerous awards at both regional and national dance competitions, and her students have been recognized in the competitive circa through high adjudications and as top scoring soloists. Erika has worked as a choreographer in the musical theatre community for over ten years choreographing musicals such as CHICAGO, ONCE UPON A MATTRESS, HOW TO SUCCEED IN BUSINESS WITHOUT REALLY TRYING, and LEGALLY BLONDE THE MUSICAL.

Erika is very thankful and humbled by the opportunity to give back to the upcoming generation of performers! 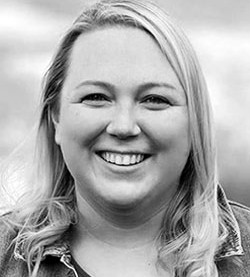 SARAH PALMER is a Stoughton native and a graduate of New York University's Masters program in educational theater.  She had been involved in many aspects of theater since she was young, and has performed with community and professional theaters since her start.  Sarah received her bachelor of science from Suffolk University in theater performance. During her time at Suffolk, Sarah studied dramatic arts and musical theater history at Regents College in London.

After college, she received her masters from New York University. Sarah spent a semester in Dublin, Ireland taking part in a community engaged theater outreach program.  During her time in New York, she worked as a production assistant for the Broadway World web series " Submissions Only".  In addition to teaching, Sarah has performed on stage in original musical and dramatic works in both New York City and Ireland, as well as many mainstream musicals in the Boston area.

Sarah is on the board of directors for Little Theater of Stoughton and is currently the performing arts director and director of development at St. John the Evangelist school in Canton.

NICK SILVA is a Boston born, dancer and performer currently living between NYC and Boston. At a very young age Nick found a drive and passion for dance that took him to places he couldn’t even imagine. Nick has trained extensively with some of today’s most sought after choreographers such as Dana Foglia, Rhapsody James and more in Jazz, Contemporary, Hip Hop, and Ballet. Nick can be seen performing in a number of TV shows and films such as, Glee, America’s Got Talent, Big Brother, Good Morning America, The Wendy Williams Show, and Annie to name a few. He has danced behind artists such as Demi Lovato, Lindsey Stirling, Jennifer Hudson, and Halsey. As well Nick has performed broadway style and burlesque shows internationally in India, Dubai, Singapore, and Mexico. Most recently Nick had the amazing opportunity to be a featured dancer in Halsey‘s, “You Should Be Sad” music video. Follow Nick on Instagram @NickBasilSilva to keep up with what he’s up to these days! 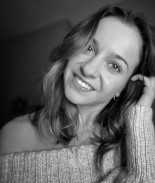 Angela is a dance artist, choreographer, and teacher based in the Providence and Boston areas. After training in classical ballet as a student, she went on to receive her Bachelor of Arts in Dance from Roger Williams University, where she was the recipient of the Kelli Wicke Davis Outstanding Achievement in Dance Award. Upon graduating, Angela was a 2017 Young Artist in Residence at Bearnstow, Maine, and then went on to perform as a freelance artist and teacher throughout Rhode Island and Massachusetts. She has danced for Natalie Johnson Dance in Cambridge, MA and is co-founder of ProviDANCE Project, a contemporary dance collaborative with her artistic partner, Ellen Oliver. Angela continues to create and share her choreography in various spaces throughout New England, striving to use movement as a medium to portray the human spirit and stories of people who have inspired her. She is on faculty teaching creative movement at The Croft School and Montessori Children’s House in Providence, RI, in addition to teaching ballet, pointe, and contemporary in dance schools throughout Massachusetts. Angela is passionate about inspiring students to find joy and their own individual voice in dancing, and is very excited to meet the students at the CSPA! 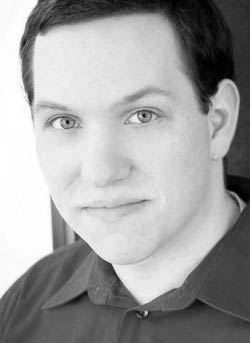 KEVIN FORTIN is a graduate of Ithaca College with a B.M. in Vocal Performance and Music Education. Since graduating, he has performed in many musicals at local community theatres.

Kevin started singing and performing in musicals at the age of 9, and participated in regional, state, and national choruses through- out high school. A licensed music teacher in Massachusetts, he looks forward to inspiring his students through his passion for singing and helping them grow as musicians. 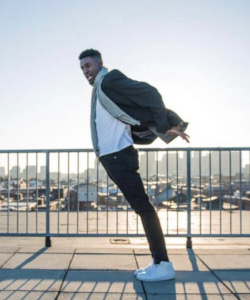 Mckhelen Alcindor is a south shore based dancer. At the age of 4, Mckhelen was inspired by the dance moves of Michael Jackson shown on television. In 2012 Mckhelen pursued dance training hip hop and contemporary dance at Jeannette Neill’s Dance studio under the mastery of SarahKatarina Clarke, Static Noyze, Sean Bjerke, Tarikh Campbell, and various other artists. Mckhelen was later granted a chance to dance with various dance teams like Boston Community Dance Project, INC, and The Concept Artists. 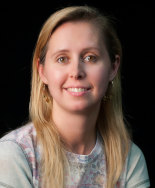 Olga is originally from Russia where she began her dancing education at the age of nine. Taught the Vaganova method, she acquired the best academic traditions of classical Russian ballet. After graduating from Saratov Ballet Academy at the top of her class, she joined her hometown ballet theater. Three years later Olga moved to Moscow to join the Moscow City Ballet of Smirnov-Golovanov with which she toured the world for four years, performing as a corps-de-ballet and soloist dancer. Once in Boston, she continued dancing professionally and began her teaching career in 2008. Working with children of all ages, Olga has been involved with staging and choreographing recitals during the past 14 years at different studios and in public school settings throughout the greater Boston area. Her professional teaching engagements include Boston University, Tony Williams Dance Center, BalletRox, North End Music Performance Center among others. Olga is excited to share with children her experience and love of dancing. 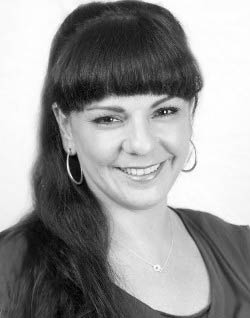 SUSAN CHOPOURIAN is a dance teacher and choreographer with over 25 years of teaching experience. She has studied with such greats as: Beverly Fletcher, Tommy Relabate, and Sherry Gold, to name a few. Her extensive background includes performing, competing, teaching, and judging along the length of the East Coast.

Susan was born into a dancing family. Her mothe, Helan, was a professional dancer and award-winning costume maker. Her father, Georga, was a ballroom instructor and an audio technician.

Currently residing on the South Shore, Ms Chopourian enjoys teaching all subjects, but has a special affinity for the multi-faceted world of tap dance.

JOSE MERLO though primarily a performer, has had a passion for music direction since high school. He has been doing so for local productions as well as at all educational levels from elementary to college level since the age of 17. Jose has a particular passion for challenging young actors to strive to stand toe to toe with their adult peers in the industry, and using a more obscure library of musical theater to inspire youth to think outside the box and bring something unique and especially "them" to their art.